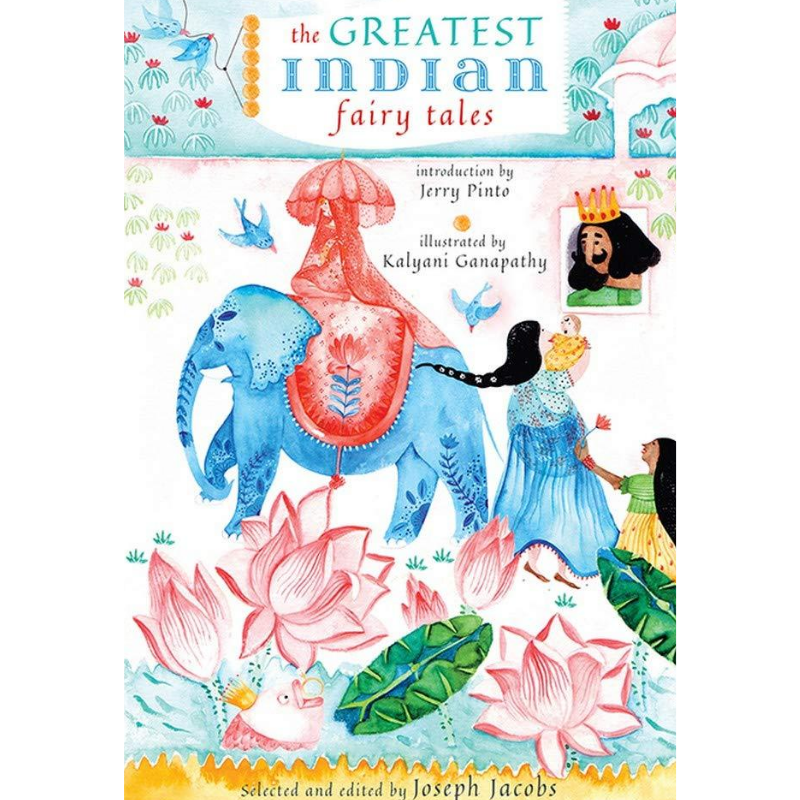 Enter the magical, timeless world of classic fairy tales from India.
Beautifully illustrated in color, these fairy tales are as unique as they are unforgettable and will ignite the imagination of a new generation of readers.

Enter the magical, timeless world of classic fairy tales from India.
A prince sets out on an adventure and is joined by a talking parrot and the 'Ant-Raja'. Together, can they win the heart of the beautiful Princess Labam?
Gangazara, the soothsayer's son, rescues the tiger-king, the serpent-king and the rat-king from a well. But did he make a grave mistake when he also rescued the cunning goldsmith?
A boy is born with the mark of the moon on his forehead and a star on his chin but his enemies want to kill him as soon as he is born. Can he overcome his cruel destiny and return to his rightful kingdom?
Also in these pages are stories about animals both wise and cruel--a tiger tricked into returning to his cage by a jackal, a crane outwitted by a crab, and the cat, dog and mice who pit their wits against crafty humans.
Brave girls, adventurous men, wily tricksters, loyal friends populate of this book, bringing alive an imagined world from long, long ago.

Race of the Rivers