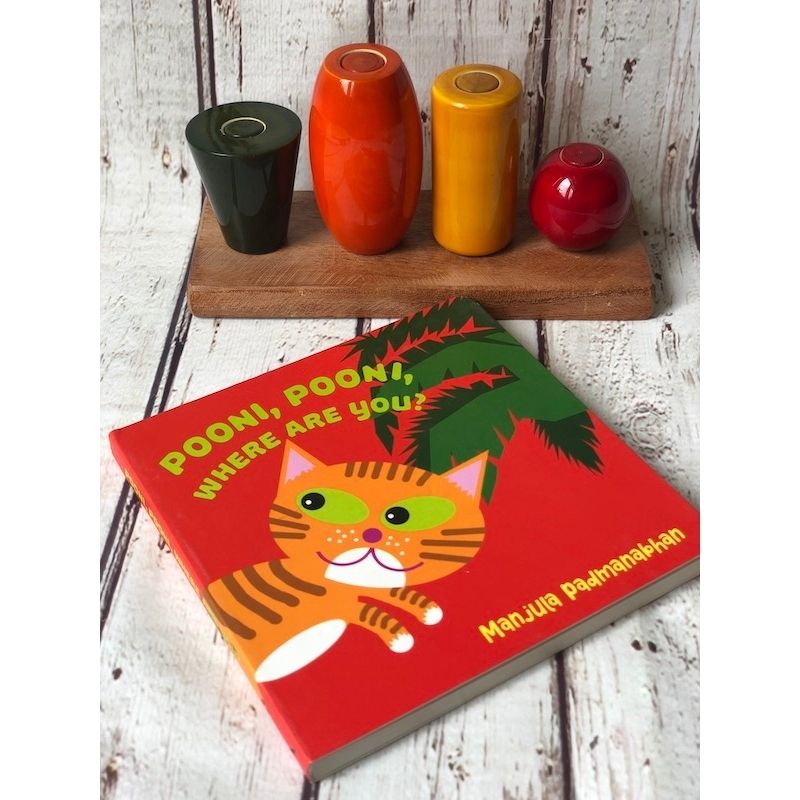 Visual closure is the ability to perceive the whole image when only part of the image is available. Visual closure builds several important skills later in life -- math, and reading, among others. The Play Kit builds on this ability when the pegs in the Play Kit seem to 'disappear' in the forms, the child realizes that the centre hole in the forms disappears too and the shape becomes a whole.

Book: Pooni, Pooni, Where Are You?
Author and Illustrator: Manjula Padmanabhan
Minnie is missing her little cat! Where can Pooni, the cat be? A delightful book as the child follows along on a hide-and-go-seek game.

Play Kit: Channapatna Forms on Pegs
Forms on pegs is a montessori recommended activity. It is made in the channapatna style with the base wood made of neem wood while the coloured forms are made of wrightia tinctoria or 'aale mara' both of which are medicinal plants and hence completely safe for kids.