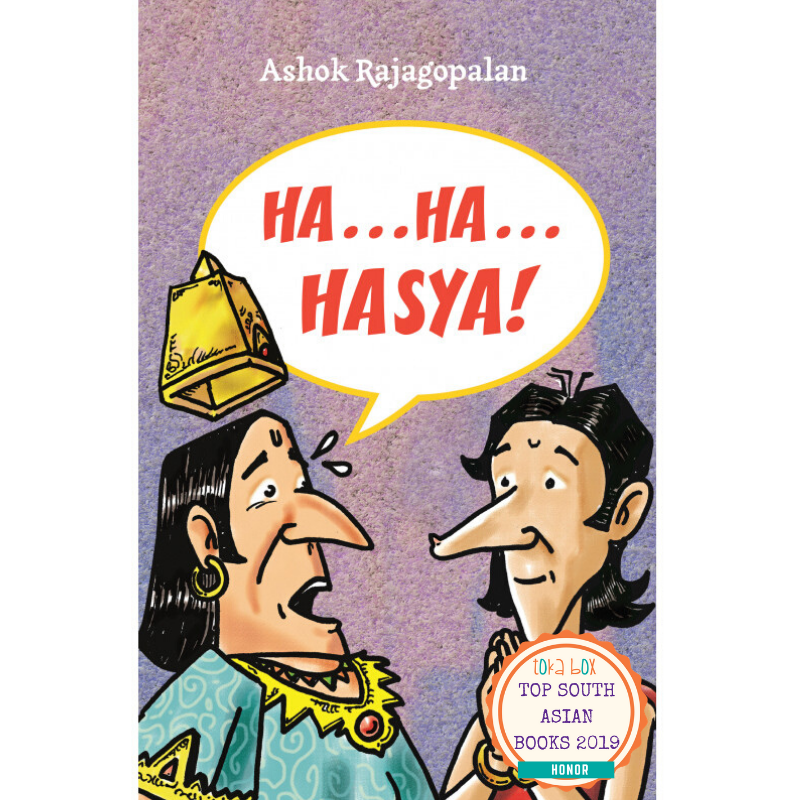 
The devas are at the gates of Patala, raring to wage war. But the asuras turn up unarmed and jolly! Is their king, Hasyasura, up to something? Does he have a secret weapon? Indra, king of the gods, is suspicious. Narada sends Hasya Sura, a teen deva, as spy from the sky to uncover Hasyasura’s plans down under. There, he meets more than his match in Princess Shantaswaroopa, who has ideas of her own to resolve the eternal enmity between suras and asuras! 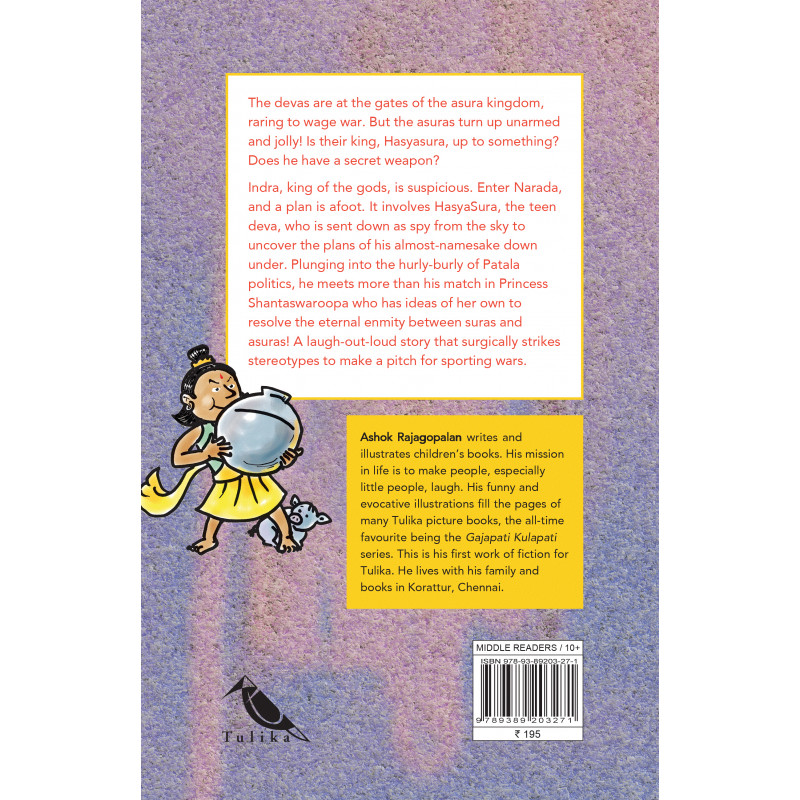