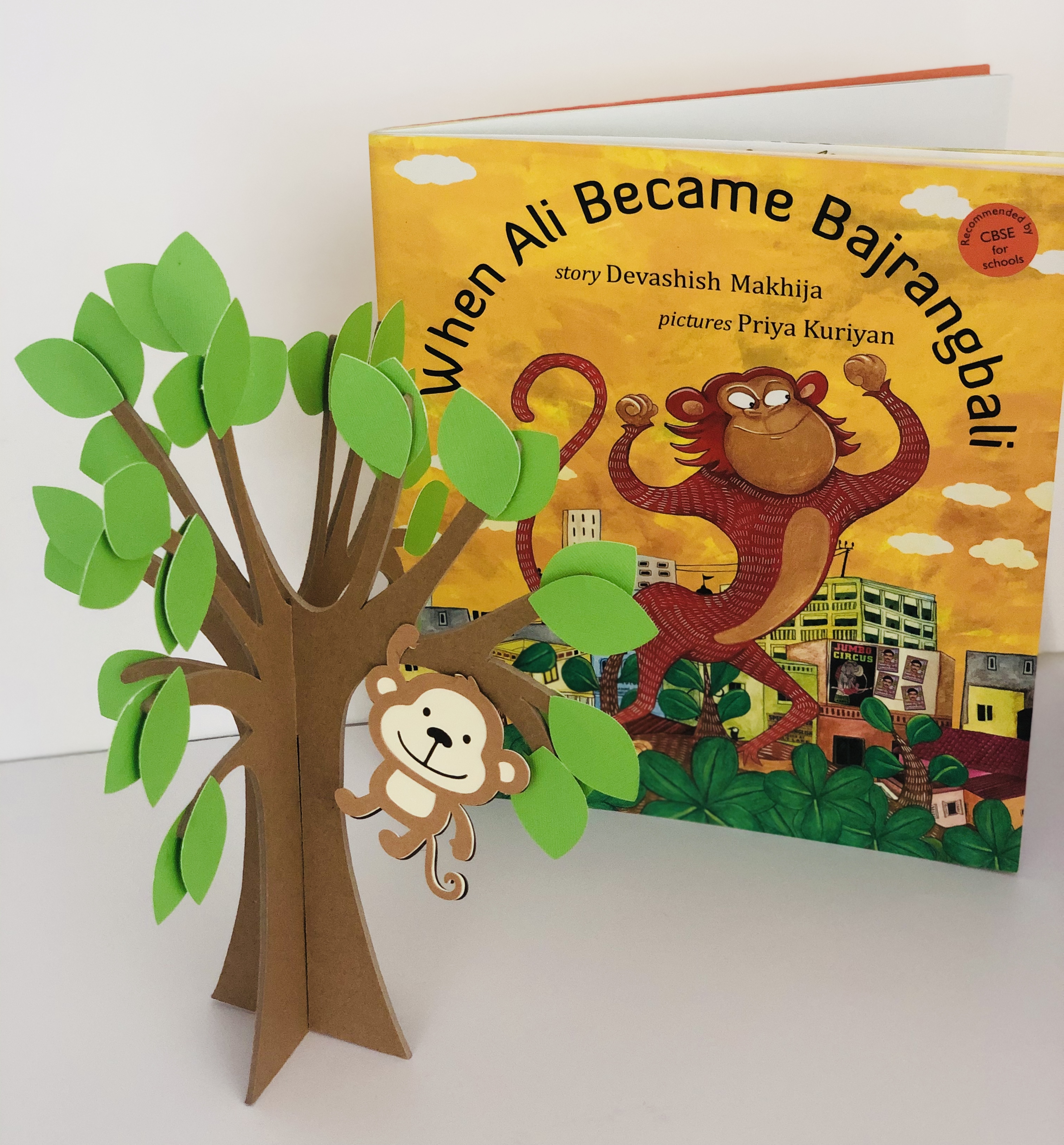 We live in a multi-dimensional world, but most of our children’s education, especially in the past year has been restricted to two dimensions, either with pen and paper worksheets or on a screen. Studies have shown that working on children’s spatial thinking skills will in the future support their achievement in math and science! Spatial skills begin developing very early on, in a child’s own home when parents use spatial terms to describe things around them.

Mr Moochhvaala and his mechanical monsters are going to cut down Bargad chawl and the banyan tree, and its residents are worried. Now it's left to Ali, the monkey, to swing into action.
Toka Junior Activity
3D Tree

Build a Three Dimensional Banyan Tree for Ali and his friends!
This month’s activity is one way a parent and child can work together and build a project that will require talking to each other in spatial terms while building the project, thus working on a child’s spatial awareness and ability.